The Search for Narrative 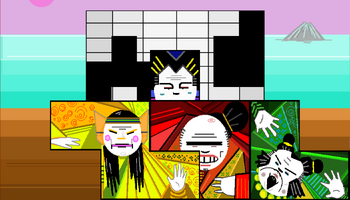 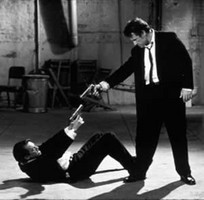 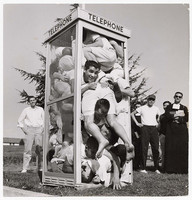 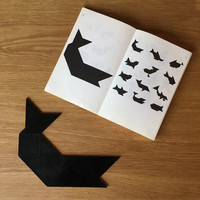 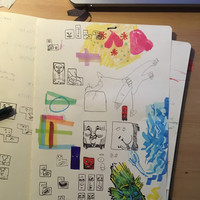 Why should players care about the characters in our game?

We set out to answer this question before we chose the name, Blocks with Attitude. In the early stages of design we would still refer to it as the new Shape Ronin, our older game made for a jam. We were looking for a narrative to engage players and a setting in which to develop the characters.

Players connect with games through characters and narratives. Some narratives are deep and complex. A character who undertakes a journey to save the world transforms the player along the way. Other narratives are simple and ludic. They build on interactivity. In the original Tetris the pieces fall because of the gravity. Despite having seven different irregular shapes they all end up creating simple lines.

Our goal is to create a fun party game. There's usually not a lot of time to tell a story in a party game. Yet, we wanted to give players a reason to cheer for the characters.

We considered many themes for the narrative. Our main source of inspiration was the original Shape Ronin. It made sense, then, that the first ideas revolved around fighting. We were particularly interested in the choreography of a fight. In one idea players would play as ninjas who jump around and do front- and back-flips. When ninjas move next to each other their katanas would make an audible schwing. Another idea was inspired by Reservoir Dogs. The characters, each dressed in a black suit, the gun ready to fire, would find themselves in a stand-off.

Then came other, peaceful themes. Commuters who squeeze into a crowded metro train. Business people in an elevator. People cramming into phone booths. Or into cars. We were surprised to learn about so many excuses people find to get close to each other.

We liked most of these themes but were afraid that some of them would deplete too quickly and become boring. Antek also suspected that full bodies would be difficult to fit into geometric shapes in a convincing way. He drew a few rounds of sketches and felt most comfortable with faces filling entire shapes. We decided to look for something more abstract. We looked at the original inspiration for Shape Ronin, the Human Tetris TV show. I also dug up my Tangram to look for inspiration. I needed to take a break from the search for narratives. Tangram was a reminder that interactivity is key in puzzle games. We didn't want to distract players too much from the core mechanic. After all, this was supposed to be a party game.

Party games are special. The party—the group of friends spending time together playing a game—is already the narrative. We realized that we wanted to build on top of that and that whatever we do would need to be both fun and funny. I had this conversation with Michał and when I told him that maybe all we needed were blocks with eyes to show emotions, Michał hollered, 'OMG, I would totally play a game called Blocks with Eyes!'

This felt like a break-through. It made me think about one of my favorite Real Life Doodle gifs in which a loose tire rolls across a race track. Its little hand-drawn eyes express confusion, fear, relief, excitement and happiness.

When I pitched the idea to Antek he only showed me the sketches he had made the night before. They were all drawings of blocks with eyes.